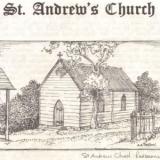 One of the oldest Anglican churches in the country.


Completed in 1851 by William Henry Newdigate (who had arrived in South Africa in 1845 at the age of 21. He was given a capital of 3000 pounds and income of 100 pounds a year), on his estate in Piesang River Valley. Realizing the need to be enriched spiritually as well as educationally, he built the yellowwood chapel called Saint Andrews church in Rebourne, Piesang Valley, to serve their family and their labourers..

The church served a total of 17 people at that time. Built of broad yellow-wood boarding, lined inside with brick and plaster. It had a thatched roof, later replaced with corrugated iron, and a stone foundation.
William Newdigate came to the conclusion that there was no future in farming in the Piesang River Valley. He had bought land at the Crags in 1859. When Newdigate moved across the Keurbooms River and established a new home at Forest Hall, St. Andrew’s remained as a place of worship and a school for the local community.

In 1916 the parish of Knysna was divided into three (Knysna, Belvidere and Formosa) and St. Andrew’s was absorbed into the Formosa parish at Plettenberg Bay. In 1963 it was proclaimed a Provincial Heritage site.

Turn off of Piesang Valley Road at Brackenridge Estate. Turn right and follow the gravel road (good condition). The road runs along the border of the golf club. 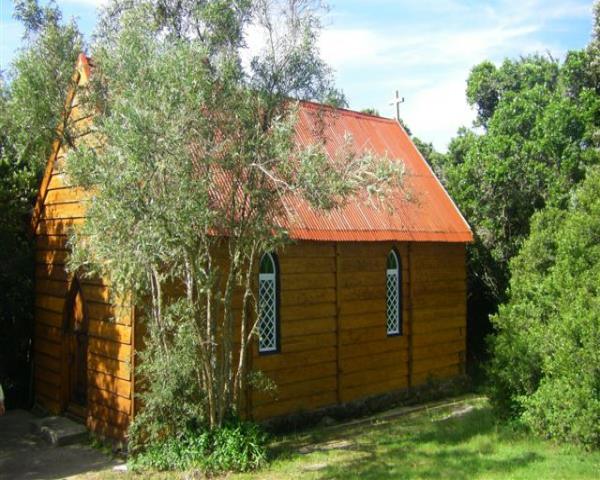