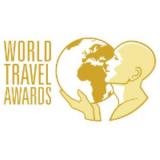 Plettenberg Bay honoured at the 2020 World Travel Awards for having the most dazzling beaches in Africa.

The World Travel Awards acknowledges, rewards and celebrates excellence across all key sectors of the travel, tourism and hospitality industries. Established in 1993, the awards celebrate its 27th anniversary this year. The organization conduct a year-long search for the world’s best travel, tourism and hospitality destinations and brands. Votes are cast by travel industry professionals and the public, with the nominee with the most votes in a particular category named the winner.

Famous for its sparkling, seemingly endless beaches, This was the Plettenberg Bay’s 11th consecutive nomination – a prestigious honour in itself.  With 20km of pristine coastline, and two areas of the bay classified as Marine Protected Areas, it is one of the few scientifically identified ‘Hope Spots’ in the world. It is no surprise that Plett has continuously been nominated.

Plett is home to six internationally recognised Blue Flag beaches, and the town’s estuaries and lagoon are just as popular with visitors. On the other side of the bay are indigenous rain forests and the majestic Tsitsikamma Mountains.

With world-class tourism products and services, a pristine, protected coastline, indigenous forests and a wide range of outdoor activity options, the area has won numerous national and international accolades.

Plett is especially popular with holidaymakers because of its moderate climate, even in winter. The average winter temperature is a more-than-bearable 17C and the average summer temperature a balmy 27 degrees, making the town an ideal beach destination all year round.

For Plettenberg Bay it’s not about just being Africa’s leading beach destination, It is also about being recognised as a world-class tourism destination recognising the importance of maintaining a careful balance between providing visitors with inspiring experiences they desire, while preserving and maintaining our valuable natural assets.

“We encourage guests to respect the beautiful destination that many of us call home, to stay safe during their trip and ‘leave no trace’ by being mindful of our environment.” Patty Butterworth, Plett Tourism CEO.